Home   >   Recipes by Category   >   150 dairy-free SCD Recipes   >   Scd For Autism   >   Omelet with Bacon, Asparagus, & Chives
OMELET WITH BACON, ASPARAGUS, & CHIVES
This omelet recipe can also be tried with other fillings. You could use prosciutto instead of the bacon, or sub- stitute a 1/2 cup of spinach for the asparagus. To make a veggie version, replace the bacon and asparagus with 1/4 cup mushrooms and 1/4 cup bell peppers. 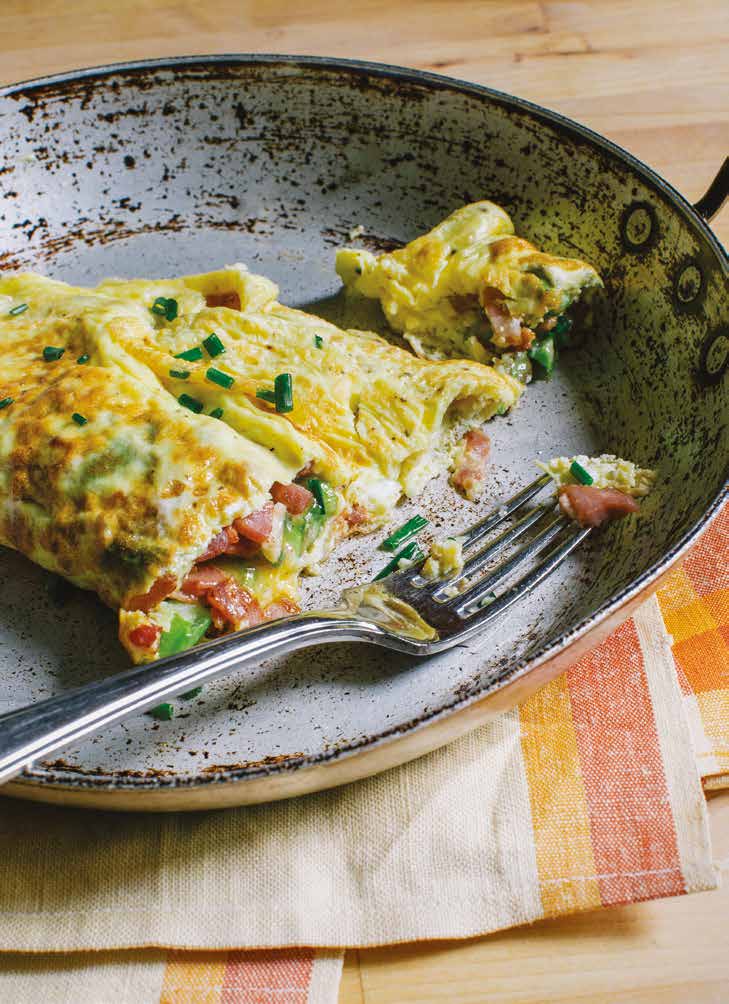 1. First, cook the bacon strips in a cast iron stovetop pan on medium heat until done
2. Remove the bacon, and then add the asparagus into the same pan so that it cooks in the leftover bacon fat until desired consistency is reached (remove earlier if you like it crunchy)
3. Set aside
4. Crack the eggs and whisk them together in a bowl
5. Add in salt and pepper
6. Heat an omelet pan with olive oil and pour in the whisked eggs
7. Add in the asparagus and bacon into the egg that is cooking
8. Sprinkle the chives in
9. When the underside starts turning golden-brown, flip the omelet over, or fold over and allow the inside to cook until done

1-2 servings
This recipe originally appeared in the cookbook section of The SCD for Autism and ADHD by Pamela Ferro & Raman Prasad.